The 10 Exotic Luxury Destinations That Will Leave You Open-Mouthed

Traveling to exotic destinations is always a good idea. Those places where we can live in other cultures that have remained pure and enjoy landscapes that are very different from the ones we are used to.

Walkthrough jungles, mountains, and deserts watch the sunset from our luxury camp, or go on a balloon safari. This big world that surrounds that, and us little by little, open its borders, still has placed among the most unknown countries in the world ready to surprise you.

We have selected ten of these fantastic luxury exotic destinations to propose you a new getaway. Luxury trips that will take you to true paradises where human beings still live in harmony with nature.

With the best hotels in nature so that you do not miss anything in your stay. Either in an all-inclusive resort, a luxury lodge or even in a 5-star luxury hotel.

Take a look at our ten selected exotic destinations:

In French Polynesia, Tahiti is the place that attracts all eyes. Inhabited by Gauguin, it has become the epitome of Oceania.

However, if we are looking for exotic destinations we must go beyond this main island. In a much more remote area are the Marquesas Islands.

Despite its remoteness, in the Marquesas Islands, we find some of the best hotels in French Polynesia. In addition, it is the best place to mingle with the local population and see how they really live in these Pacific archipelagos, without the theming that is sometimes found in places like Fiji or Tahiti.

The Okinawa archipelago in southern Japan is another exotic destination that you must visit. With an ideal tropical climate all year round, (although it is better to go in the dry season) these paradisiacal islands have nothing to envy to Seychelles or the Maldives.

Add to it the ancient Japanese culture and incredible gastronomy that has made the archipelago the place with the longest life expectancy in the world. Products from the garden and the sea retain their flavor and enhance the experience of spending a few days in paradise.

In Okinawa, there are multiple resorts on the beach to have a relaxing getaway, being the perfect last stop after enjoying the best places to see in Japan. With hotels overlooking the beach where you can see one of the best sunsets in the world.

The Portuguese, who did not see much interest, discovered Mauritius Island. Later the Dutch passed by, who also abandoned it, until the French and their African slaves arrived. Later colonized by English and labor from India, it has become the most multicultural destination in the Indian Ocean.

Mauritius is becoming more and more known, being a common beach destination after a safari in South Africa, but it maintains its own idiosyncrasy that is so characteristic and different from the rest of the destinations in the area.

To its colonial wealth must be added the natural one. Its La Morne Mountain is a World Heritage Site and one of the most incredible places in East Africa. Together with its seabed and the quality of its luxury hotels, we have everything you need to enjoy one of the most interesting exotic destinations in the world.

4. Deadvlei and the Skeleton Coast

The Namibian desert is a sight in itself. With places as spectacular as Dune 7, the highest dune in the world, we are going to talk about two very specific places that are perfect if we are looking for exotic luxury destinations.

The first is Deadvlei or valley of death, characterized by the skeletons of fossilized trees. It is probably one of the most impressive landscapes that can be seen in the world.

The second is the Skeleton Coast. In the same desert, but in a strip of 500 kilometers in the north of the country’s coast, this place is characterized by not human skeletons, but of the ships that ran aground on its sandbanks.

In this area, several luxury lodges allow you to enjoy the destination and a landscape that will make you think that you are on a completely different planet. Nearby we can also see the famous elephants of the Damaraland desert.

Among the best luxury hotels in Indonesia, we find one in one of the most exotic destinations in this archipelago: the island of Komodo and its National Park, including the island of Flores.

This beautiful island has a great protagonist: the Komodo dragon. This giant lizard can reach up to three meters in length and weigh more than 150 kilos. In a way, they are the last dinosaur that continues to exist and it makes it even more attractive to reach this remote part of the world.

Beyond dragons, both Komodo and Flores stand out for the large amount of marine fauna they harbor, with more than 1000 different species including turtles, dolphins, whales, and corals. A paradise for diving and snorkeling, its beaches are unforgettable and the landscapes from the interior of the islands are fantastic.

The San Blas Islands are a true ancestral paradise located in Panama. The Kuna live here, on a set of 365 islands and islets of which only 80 are inhabited. In addition, we find some hotels on private islands if we want more exclusivity.

There are also some very simple hotels and lodgings on some of the other islands. Here the buildings are made of straw and local materials and the electricity disappears at dusk.

The Kuna communities live and are governed by their own laws, maintaining the ancient customs of their people. As a tourist, visiting this place is truly a unique experience.

Beyond the beaches of white sand and transparent and clean waters, for the possibility of learning more about this culture. One of the exotic destinations that most surprise travelers who do not expect to find such an authentic place so close to civilization.

The Macaronesia made up of the Canaries, Madeira, Azores, and Cape Verde is one of the most interesting places to travel close to home. This last archipelago, the only independent one, is the most unknown and the most different.

Like the rest of the islands of Macaronesia, Cape Verde emerged from the sea thanks to volcanic activity. Its isolated situation in front of the African continent has made it has unique flora and fauna, developed over millennia in the archipelago.

Despite its name, Cape Verde is not particularly green but ranges between the brown of the desert and the black of the volcanic sands. We see color in their buildings, painted in bright colors.

Beyond its beaches and resorts, Cape Verde stands out for the character of its inhabitants. The former Portuguese colony also has the most famous carnival in Africa, which has nothing to envy the Brazilian. A destination to rest, but also to socialize and learn about another exotic culture that is closer than you think.

The island of Jeju in Korea of the South is another exotic destination that we cannot lose. Very popular as a honeymoon destination for Koreans, it is not well known in the rest of the world, despite being one of the new natural wonders of the planet.

A World Heritage Site, this island is known as the Hawaii of Korea. The reason, in addition to its fantastic tropical climate, is its volcanoes. The volcanoes have created calderas that turned into lakes of supernatural beauty.

Its caves that go to the interior of the earth are also among the most striking in the world. Coupled with completely dreamy beaches, Jeju has everything you can expect from an exotic trip, with a very different culture unknown to Westerners.

Another of the most interesting exotic destinations in the Caribbean is Curacao, in the Netherlands Antilles. The historic center and the port of the capital, Willemstad, is a World Heritage Site and one of the most interesting places that we can find in the Caribbean. With brightly painted Dutch-style colonial buildings, the contrast is really worth it.

From its Punda and Otrobanda neighborhoods to the floating market, the slavery museum, or the Governor’s Palace, which show the cultural richness of an island in which local cultures merged with Spanish, Portuguese and Dutch.

Beyond the culture of the capital, Curacao stands out for its paradisiacal beaches that we can enjoy throughout the year. Along with them, some of the best funds for snorkeling. Its location in the southern Caribbean makes it immune to hurricanes and can be visited throughout the year.

The Amazon occupies part of Brazil, Bolivia, Ecuador, Peru, Venezuela, Guyana, French Guyana, Suriname, and Colombia. In the latter country is where we find Puerto Inírida, the last of the exotic destinations that we are going to tell you about.

A perfect place to explore the Amazon, one of the seven natural wonders of the world. The lung of the planet is also characterized by its great biodiversity and by having tribes that still live as millennia ago, as hunter-gatherers.

From Puerto Inírida, a city that can only be taken by air or on a 4 to the 5-day boat trip, there are different active tourism excursions to learn more about one of the most remote places on the planet.

With 62 different indigenous peoples populating the area, it is also perfect to learn about the human diversity that characterizes this area of ​​the world so well. Along with pink dolphins and all kinds of birds, places like the Cerro’s de Majeure give a new meaning to the exotic destination.

If you want to enjoy tailor-made trips to exotic destinations, ask us. We are experts in preparing the best travel experiences for you. 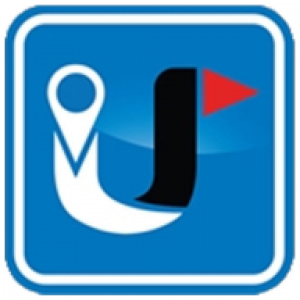